Albion are delighted to announce that our Commercial Manager, Darren Baxter, has been promoted to the position of Commercial Director – effective immediately. The position of Commercial Director is a new role within the company and is further evidence of our desire to grow the business by expanding our core management team. What’s more, it is a significant vote of confidence in Darren’s abilities and recognition of the hard work and dedication he has shown since joining the business over 12 years ago.

Despite being accepted by several universities to study History, Darren decided to begin his professional career and joined Albion as Trainee Commercial Manager in 2005.

Initially shadowing our MD, Dave Keys, in the role – Darren’s skills and experience developed to such an extent that he was promoted to Commercial Manager in 2008, gaining full responsibility for the sales office and the internal sales and customer service team.

In his new role as Commercial Director, Darren will take a seat on the board and will work with the owner and his 2 co-directors to achieve the company’s 3-year rolling strategic plan.

Talking about his new role, Darren said: “It took me no time at all to accept this new position. I’m delighted to be given the opportunity and I relish the challenge of helping Albion continue to grow the business and develop the brand in the marketplace.”

Darren’s appointment is further testament to Albion’s policy of recruiting from within the business whenever we can. As Albion’s MD, Dave Keys, commented: “Darren has shown great commitment to the company over many years and this appointment is very much deserved. Myself and the other board members look forward to working even closer with Darren and to his ongoing contribution to the business.”

Although he will be taking on additional responsibilities, Darren will still be managing the sales office on a day-to-day basis so, from our customers’ perspective, it is very much business as usual 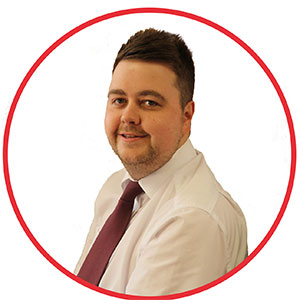