Twelve months ago, Albion Valves (UK) Ltd, one of the UK’s leading valve suppliers, created a vacancy for its second-ever Sales Office Apprentice. Bailey Robinson was the candidate to fill the role, over the past 12 months Bailey has been learning the ropes, he has taken ownership of the sales invoicing function and has been active in taking and processing orders, as well as undertaking his apprenticeship work, which we are pleased to announce he has now completed and has passed his NVQ Level 3 in Business Administration with distinction. He has also been shortlisted for the Apprentice of the Year Award, the winner of which will be announced later this year.

David Wreakes, Commercial Manager, comments: ‘Bailey has been a pleasure to work with and mentor over the past 12 months. I am delighted he has passed his course. As a valued member of the team, we did not hesitate in offering him a full-time, permanent position within the Sales Team at Albion, which he happily accepted. We hope Bailey has a long and successful career at Albion.’

12 months after Bailey started with Albion, they started looking for another apprentice, this time to join their Warehouse Team. Their Warehouse Team includes seven former apprentices, all of which completed their apprenticeship with Albion during the past decade and have since continued in permanent, full-time roles. When word got out that another apprentice was needed, Bailey told his brother about the opportunity. Fresh out of school, Ethan Robinson jumped at the chance and was given the job!

Steven Bedford, Warehouse Manager, comments: ‘Ethan was very impressive in the interview stages for this role and looking at the work ethic of his brother we were pleased to offer him the chance to complete his apprenticeship at Albion. We feel that he will quickly become a well-liked and reliable member of the team and will assist us with the ever-growing pace of a busy warehouse function.’

Bailey, comments: ‘I am pleased to be finished with my apprenticeship so that I can get fully involved in the Sales Office operations. I am enjoying my time here talking to customers and working with such a friendly bunch of people.’

Ethan, comments: ‘Whilst it is very early days, I have heard a lot about Albion from Bailey, and I am looking forward to my time here. I have already learnt a lot in such a short space of time, and I am enjoying my introduction to the world of work!’ 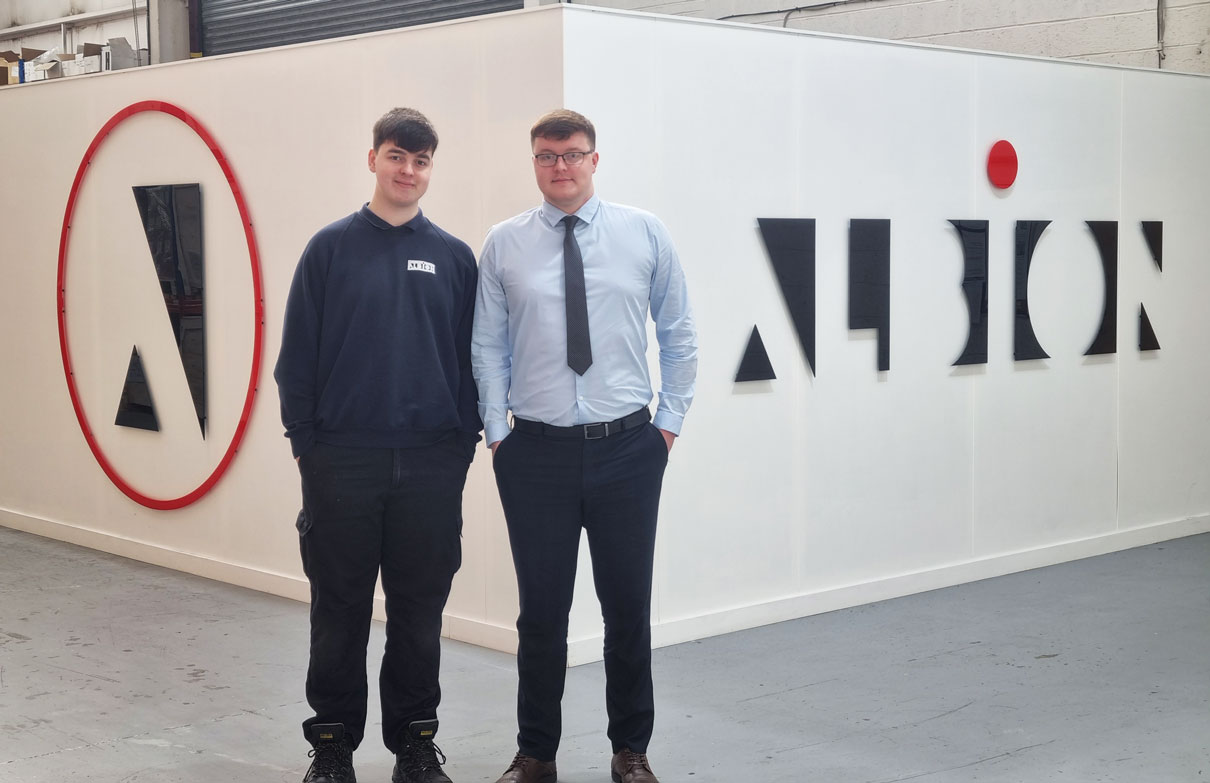