Bailey Robinson, Sales Administrator and former apprentice, at Albion Valves (UK) Ltd, has won the Apprentice of the Year Award at this year’s Barnsley and Rotherham Business Awards.

Bailey had only been with Albion, a Barnsley-based international valves distributor, for a few weeks when he came up with an idea which is not only saving the company time and money but is good for the planet too!

Bailey joined Albion Valves in November 2020 at 17 after being recommended by The Source Skills Academy.

Albion’s Commercial Manager, Dave Wreakes, says: “When we invited Bailey to meet us we could immediately see his potential. We set him on, and he shone from Day One. Since then, he has excelled in every area he puts his mind to and is showing more and more progression every day.”

Bailey threw himself into learning about the business. He initially worked in the warehouse for 5 weeks, helping during a pandemic staff shortage, gaining a real insight into how the business worked and building his product knowledge.

As part of a project required for his apprenticeship coursework, Bailey revolutionised the invoicing process, taking it paperless. He has saved the company man hours, postage, stationery, and printing costs. He identified the opportunity for a paperless scheme after just three weeks of working in the sales office.

He assessed clients’ receptiveness, researched the company’s software system, found it could perform the task and revolutionised the process.

Customers now receive their invoices by email in a fast and professional manner, and it’s saving the company thousands of pounds every year – this is just one of the reasons why Bailey was put forward for the Apprentice of the Year Award.

In January 2022, he completed his Sales Administration Apprenticeship Level 3 – it had taken him just 11 months – seven months ahead of schedule! He was a model pupil and received a perfect score – 100% across the board.

“I was determined to achieve this result and managed my time very efficiently. I arrived early at work every day. The earlier I completed invoicing, the more time I had available to focus on my coursework and also process orders if need be. I also studied later in the day and at home,” says Bailey, who is now 20 years old.

He has now been taken on permanently by Albion as a Sales Administrator.

“It gives me greater ability to assist customers and answer their questions,” he says.

“I am totally committed to the business and helping in any way that I can. I am always looking to develop myself and take on more responsibilities and can be relied on to step up. I am thankful that Albion has given me this opportunity and supporting me throughout my apprenticeship.”

“I would also like to say a special thanks to The Source, especially Adrian and Karen, who have supported and tutored me since the beginning of this journey.”

Dale Robinson, Director of Business Development at The Source Skills Academy comments: “Sometimes in life, you meet stars. Bailey recently spoke about his apprenticeship journey at The Source’s recruitment event for young people looking for apprenticeships. He was outstanding and as I listened to him, I knew he was destined for great things. His award win is recognition for just that.”

David Wreakes continues: “Bailey is an outstanding member of the team. We have a long history of employing apprentices in all areas of our business, the sales office alone has two full-time members of staff who joined Albion as apprentices.

We are all very proud that he finished his apprenticeship 7 months early, got the Distinction he had set his sights on, and won the Apprentice of the Year Award. Well done, Bailey!” 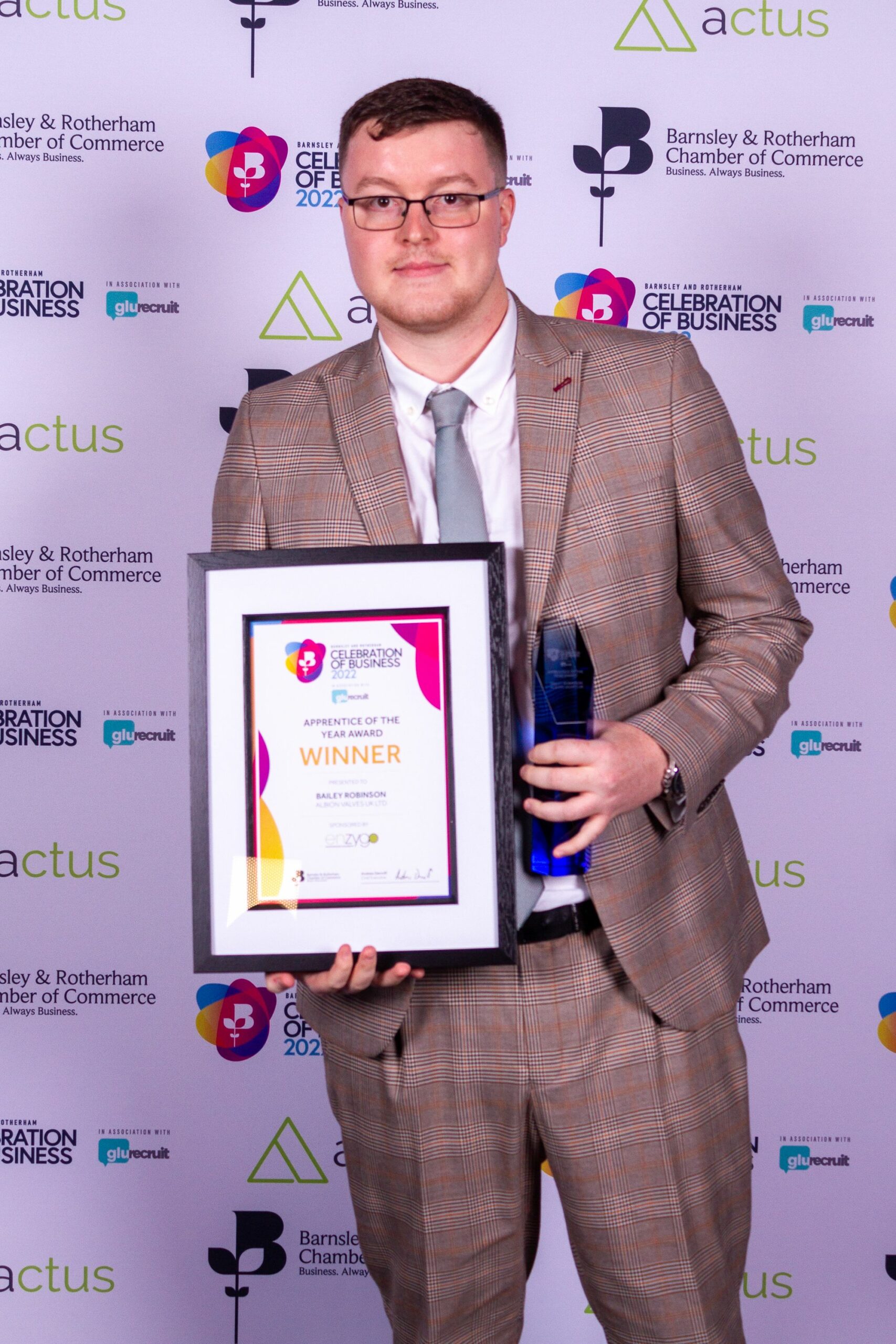